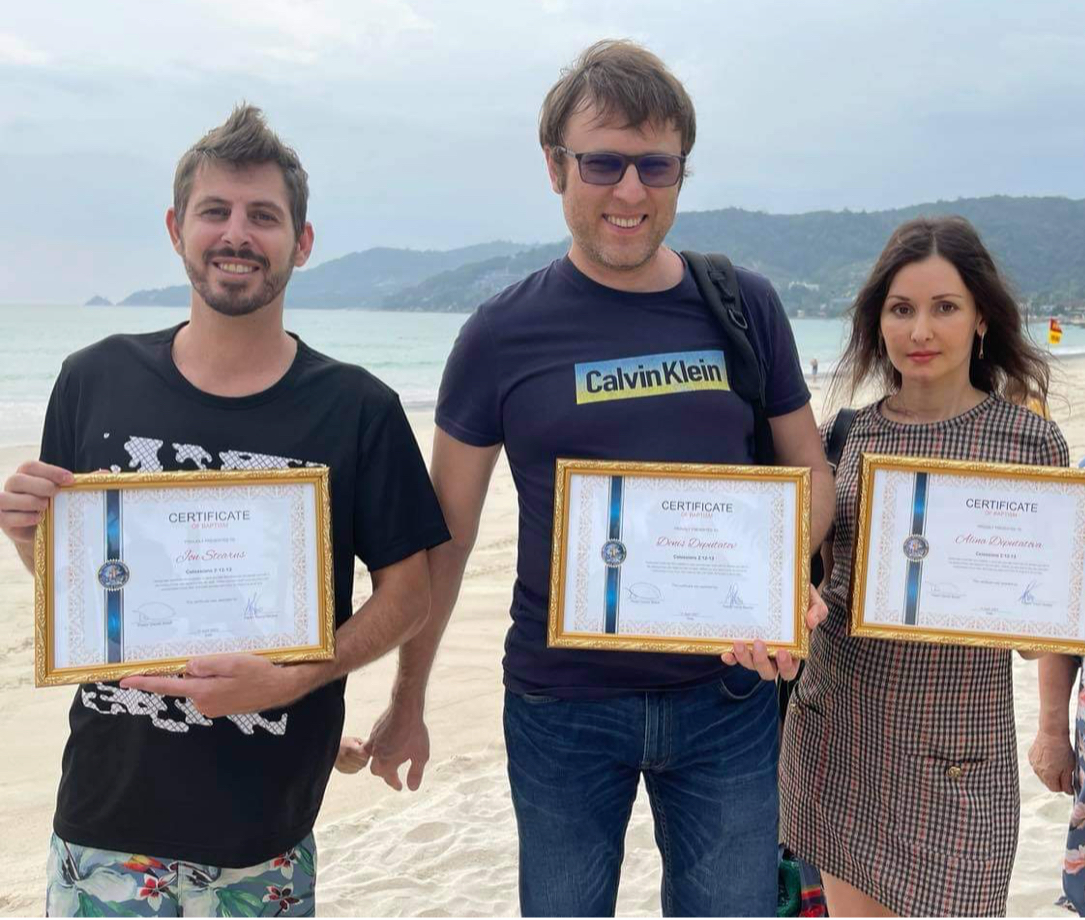 Be the hands and feet of Christ
to the world in Love.

Four of our friends recently asked to be Baptized. These are people that we have been journeying with for years and it is so amazing to see them take the plunge. Please be praying for them as we continue to disciple them to make disciples. God is so good!

What is Al Massira

We ARE Christ-centred & Trinitarian   Al Massira believes in a God that is communal – Father, Son and Holy Spirit – who is consistently revealed through all of Scripture. The Trinitarian God revealed Himself through Jesus Christ who is the cornerstone. He is the beginning and the end; the way, the truth and the life. Al Massira seeks to be faithful to these two truths in the way it presents the message of the Bible and in the way it equips and disciples people into ministry.

All the following core values find their source in this first and most important value.

We provide a new voice

There is no other modern material, of which we are aware, that presents the Good News of Jesus from within the Middle Eastern culture. In this sense Al Massira is a “new voice”. Al Massira emerged in response to believers from Middle Eastern backgrounds wrestling with the same theological questions that the Islamic world has been wrestling with for 1400 years. When those from any background, who are created in His image, become followers of the Messiah, they will discover a distinctive, God-given role to reveal the Messiah and His work to all nations.

We work in partnership

The Trinitarian God of the Bible is an intimate and deeply interconnected partnership. From the beginning, Al Massira, has been a partnership of Christians from different ethnic, cultural and denominational backgrounds. We attempt to reflect this aspect of the nature of God in our fellowship and work. A platform of unity has been built in the task of fulfilling the ‘Great Commission’ to the most unreached peoples of the world – it is also a place where diversity is welcomed and celebrated. This platform is a place where people can contribute their time, gifts and abilities towards the vision and mission of Al Massira. Al Massira aims to encourage this pattern of partnership at every level of its operation.

We are relational & incarnational

Our Lord is Himself a relationship and has chosen, as his primary means of revelation, to come in the flesh. He has also invited us to come and be family with his family. We are called to make disciples of all nations which starts with evangelism and continues through salvation into the maturing and equipping of believers into church and into the purpose that God has created us for. We believe that relationship is the best medium for discipleship and Al Massira functions best in this context. It is important to build relationships with those we are equipping so that we can encourage one another with stories of what God is doing. We encourage people to use the Al Massira resource and methodology in the context of relationship and community as this provides a natural opportunity for relationships to grow and for groups to develop into discipleship groups which could subsequently and naturally lead to church growth and multiplication.

We build a new house

Al Massira is dedicated to revealing the message of the Bible and what Christians truly believe. We do this though the building of a new house from foundation upwards – showing the construction and consistency of God’s revelation. Al Massira uses the biblical and chronological narrative to reveal the person and work of Christ and the nature of God as revealed in Old and New Testaments. Al Massira explores the stories, signs and prophecies of the Old Testament to show the consistent nature of the message. Al Massira attempts to neither destroy other belief systems nor reinterpret the Christian faith from within another framework of belief. We therefore do not use other religious texts, nor refer to other key religious figures. Comparisons between Biblical texts/characters and other religious texts and characters are also not explored.

We create a safe and open space

Al Massira encourages the creation of a safe place where friends can share their opinions and enjoy open discussion without being put under pressure to all agree or accept a particular point of view. The telling of stories and asking of questions is encouraged as well as the exploration of the whole Bible giving space for the Holy Spirit to reveal the truth and prompt any response. Al Massira group participants are also encouraged to re-tell the stories and share the materials within their own social and family groups.

We had the amazing opportunity to bless some friends in a community near us. The Moken people, or Sea Gypsies as they are often referred to as, have been living in Thailand, Myanmar and the surrounding areas for the last few centuries.

They have never considered themselves citizens of certain countries and, as a result, this had caused them some issues over the years.

As a result of the above; addiction, teen pregnancy, disease, poverty and a general feeling of helplessness have taken over the community.

Thankfully we know a God that can heal this place, this people and this land and His name is Jesus!

We do have faith that Jesus can heal this place and the people. We’re thankful to have been able to support them with presents for Christmas. The children were given toys and things to play with, while the parents were given hygiene items and diapers for babies.

I think the saddest part of the day came when we gave one of the children a gift – it consisted of new pencil crayons, notebooks, stickers, pens and pencils, shampoo and toothbrush. She was about 12. We also gave her diapers for her baby. This is their life and just like us, they need Jesus!

Some wonderful helpers as we packed bags for the children to be taken to their community. In total over 350 Christmas gifts were given out.

The Gospel was preached to many and we are connecting with their church in the community. Pray that from this many more will come to Christ and this place will be transformed. Pray that Christ would touch hearts and that the plans of the enemy would fail.

It is always a joy when someone chooses to make an outward expression of their inward decision. This week our dear friend Charapon decided to make public his decision to follow Christ through baptism.

For the last nine years Charapon has been reading about Christ, researching other religions, struggling to understand his religion and culture of Buddhism and what it means to him.

God has walked with him through that journey and through many people Charapon started to understand the joy, peace and love that are available through Christ.

He began to see that he can have forgiveness of sin, relationship with our creator and this was all made possible through the shedding of blood by Christ on the cross and confirmed through Jesus rising from the dead three days later.

We rejoice with the angels as a child of Christ is welcomed into the loving family of our God!